The Green Party of Canada released its Platform 2019 Costing document on September 25, 2019. This document followed the release of its policy commitments (Election Platform 2019 - Honest, Caring, Ethical Leadership) on September 15, 2019. It is the first party to release this information.

IFSD finds that that the Green Party Platform Costing fails to meet all three principles, notwithstanding its significant use of the Office of the Parliamentary Budget Officer’s (PBO) costings and a commitment to balance the budget over the medium term.

The Green Party Platform Costing can be applauded for its very ambitious policy commitments across many policy fronts including, but certainly not limited to, climate change and the environment.

Delivering on these commitments, however, would require an enormous annual increase in fiscal resources of about $60 billion per year which is more than 2.5% of GDP or roughly 20% of current budgetary revenues. IFSD believes this magnitude of policy change would require a strong economic and fiscal strategy as well as implementation plans and assessments of their impacts. The articulation of the assumptions underpinning the platform costing are missing at the present time.

There are serious gaps in economic and fiscal assumptions. There is no background document to support the fiscal baseline which does not appear to be either the PBO pre-election costing baseline or the 2019 federal Budget. There is no information or strategy to manage the substantive economic challenges involved in fundamentally restructuring the tax system over a short period of time.

Responsible fiscal management is not demonstrated as there are serious gaps in the medium- and long-term fiscal planning frameworks. Notwithstanding a commitment to a balanced budget over the medium term there is no strategy nor is there supporting information to guide the change in fiscal stance other than a large number of proposals (22 of which were costed by PBO). Furthermore, there is no statement of transactions information that highlights implications for spending and taxation (levels, growth, share of economy). There is no formal commitment to fiscal sustainability over the long-run other than verbal commitments made by the party leader. There are no fiscal adjustments in the plan for uncertainty.

On transparency, notwithstanding the use of PBO costing of major taxation and spending proposals, there are substantive gaps. The costing document does not provide details on the economic and fiscal outlooks underpinning the proposals. There are errors in the tables related to the magnitude and timing of increases in spending and revenues, including the double counting of a key measure. There is no clear implementation plan on key measures – something that is needed to inform citizens on major taxation and spending adjustments. One proposal that was discussed in the campaign – a commitment to a guaranteed livable income – is not included in the costing tables. 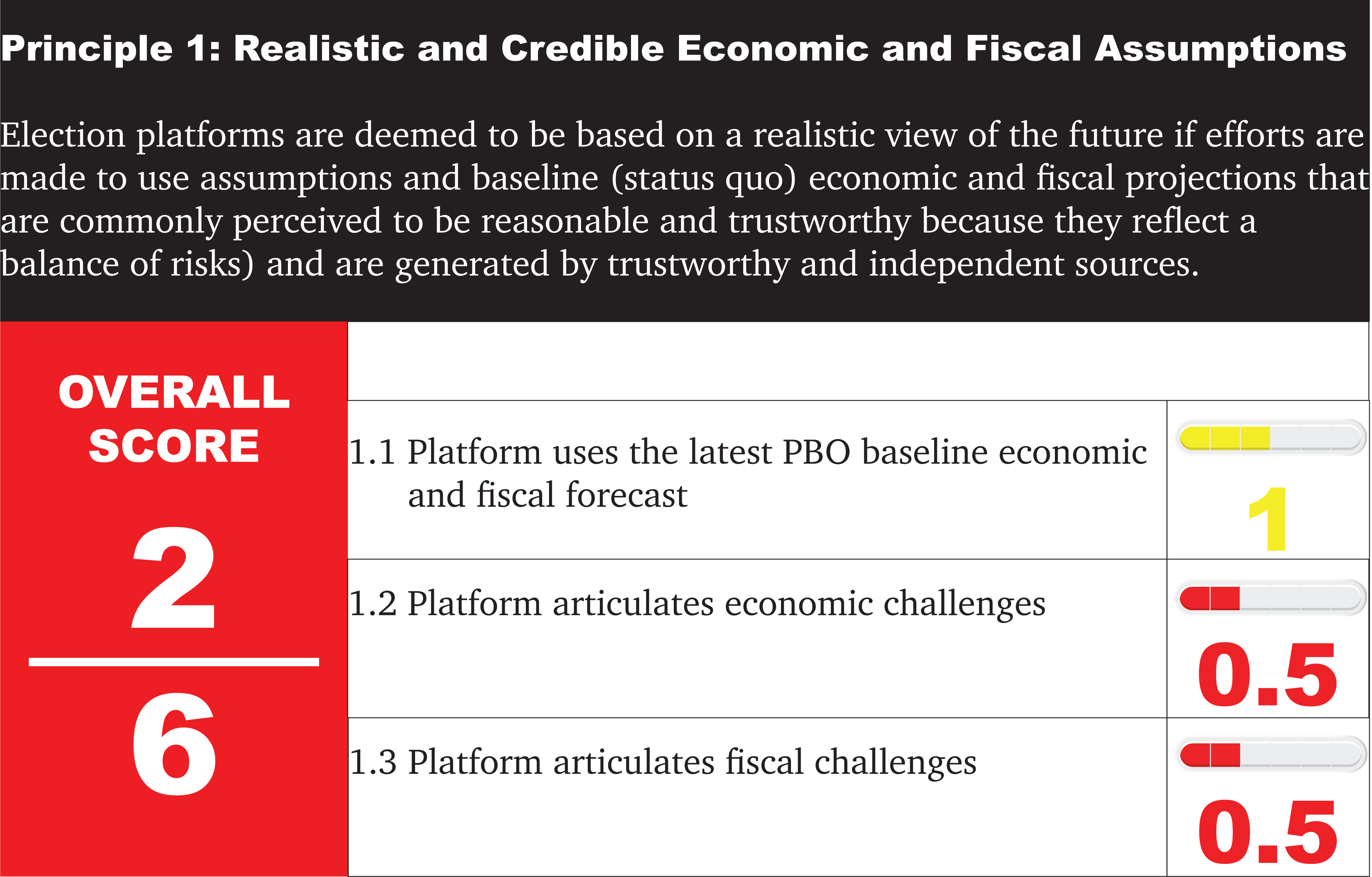 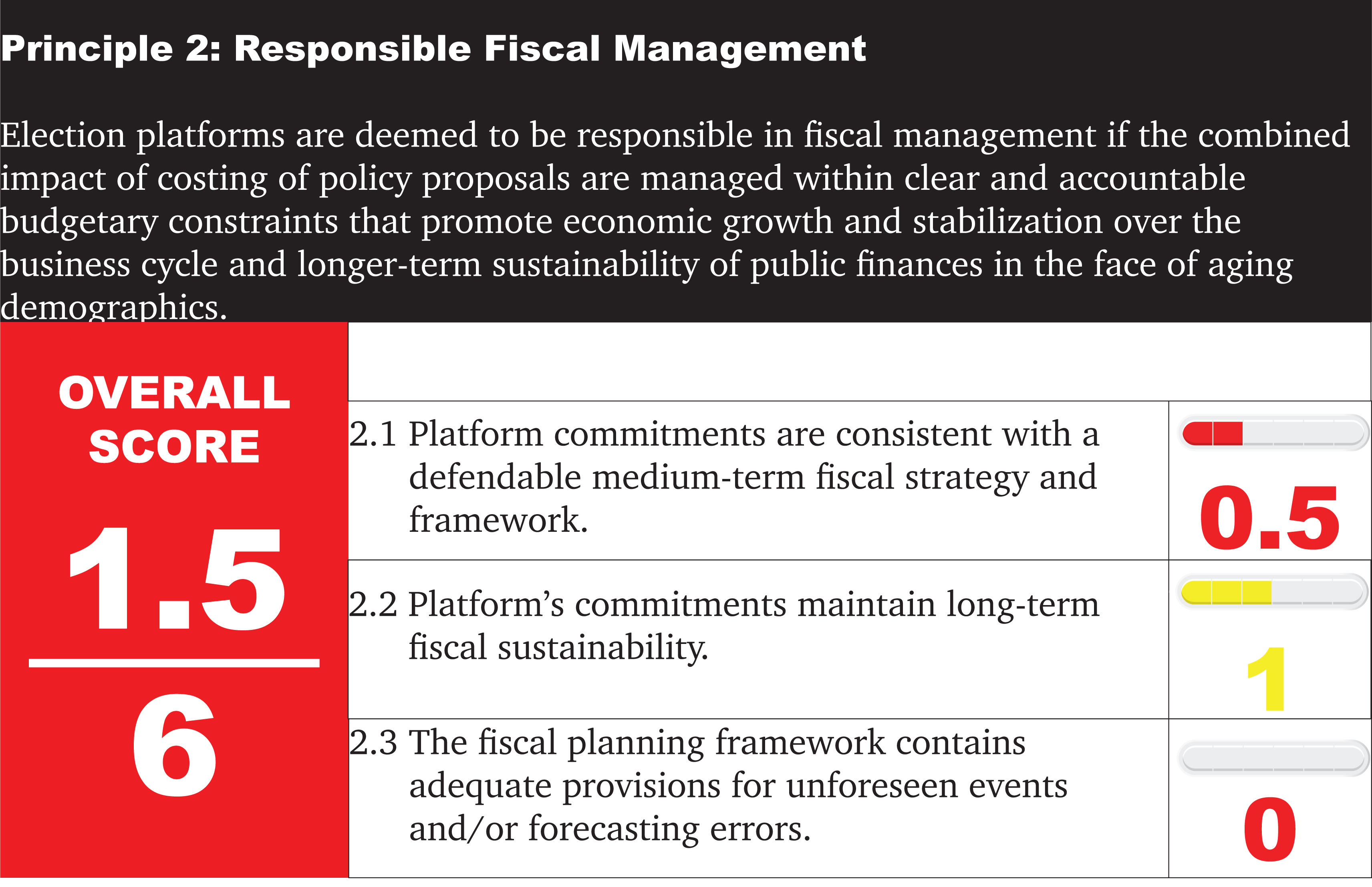 The Green Party Platform Costing does not include nor discuss prudence adjustments in the fiscal planning framework. 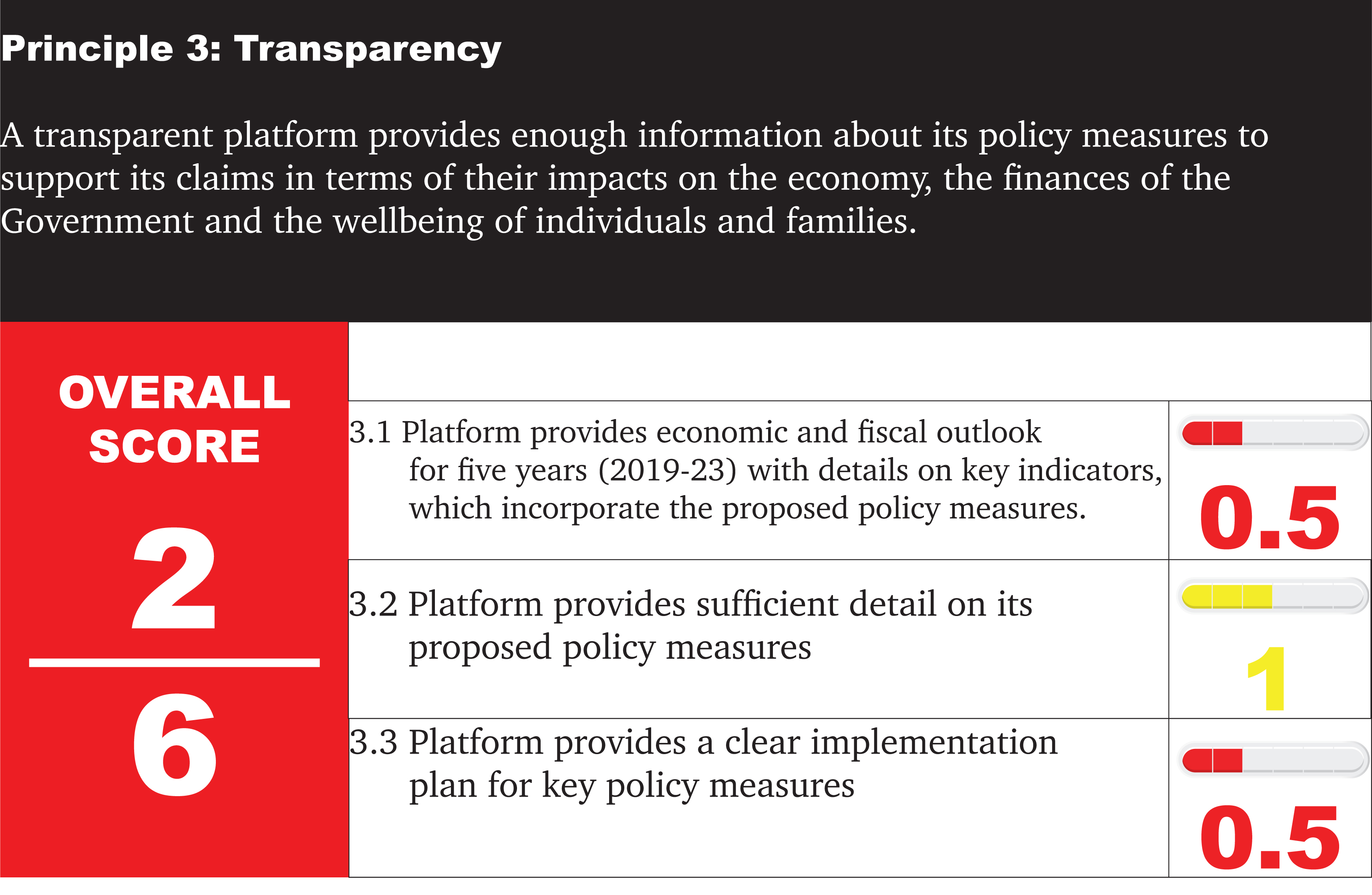